A Beginner’s Guide To Lime Mortar

Interest in the skills of traditional building techniques has increased over recent years. Whether it’s working with green oak or wattle and daub, at some point you will need to know about lime mortar. Despite its enduring utility over many centuries, lime mortar’s effectiveness as a building material has maintained an air of mystery. Only during the last few decades has testing provided a scientific understanding of its remarkable durability. Previously time-honoured practices were based on local tradition, folklore and trade knowledge, vindicated by the vast number of old buildings that remain standing.

What Is Lime Mortar?

Lime mortar is composed of lime (hydraulic, or non hydraulic), water and an aggregate such as sand. Lime mortar today is primarily used in the conservation of existing old buildings or the recreation of new ones using traditional methods. Its use dates back at least 6,000 years, to the Ancient Egyptians who used lime to plaster the pyramids. With the introduction of Portland cement during the 19th century, the use of lime mortar gradually declined. However, the soft and porous properties of lime mortar provide certain advantages when working with softer building materials such as natural stone and terracotta. While Portland cement continues to be commonly used in new constructions of brick and concrete, it is not recommended in the repair and restoration of brick and stone-built structures originally built using lime mortar. Lime mortar is more porous than cement mortars, and it wicks any dampness in the wall to the surface where it evaporates. Thus any salt content in the water crystallises on the lime, damaging the lime and thus saving the masonry.

Cement on the other hand evaporates water less than soft brick, so damp issues are liable to cause salt formation and spalling (a result of water entering brick, concrete or natural stone and forcing the surface to peel, pop out or flake off on brick surfaces and consequent disintegration of bricks). This damp evaporation ability is widely referred to as ‘breathability’. Also historic buildings are frequently constructed with relatively soft brick and many types of stone, and minor movement in such buildings is quite common due to the nature of the foundations. This movement breaks the weakest part of the wall, and with Portland cement mortar this is usually the masonry. When lime mortar is used, the lime is the weaker element, and the mortar cracks in preference to the masonry. This results in much less damage, and is relatively simple to repair. 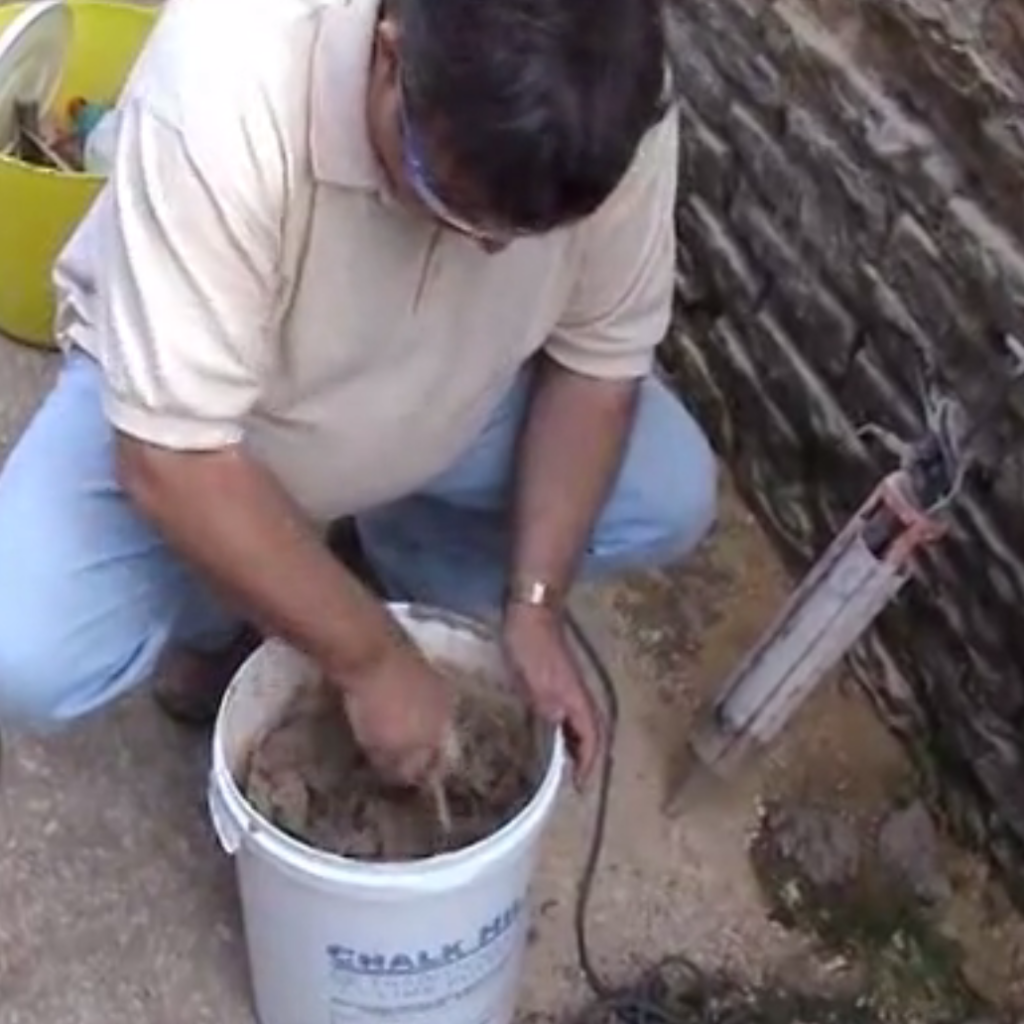 There are many types of lime mortar mix available on the market, from ready mixed lime mortar to hot mix lime mortar. Sometimes it can get a little bit confusing to determine which one is the right one for the application. Mortar mixes are classified based on compressive strength and their bonding properties and flexibility. Choosing a mortar mix is not an exercise based only on the resistance and strength of each mortar, it must depend on its use, adhesion, and sealing requirements. Both analytical and documentary evidence indicates that hot-lime mortars were used in traditional construction. These are defined as mortars manufactured by mixing quicklime and sand, rather than the current and more commonly adopted method of combining previously slaked lime with sand. Hot-lime mortars are perceived to have advantages over cold- manufactured mortars they performed better in terms of mechanical and bond strength in recent tests. The benefits seem to come from the hot mix itself but do not require the mix to be used hot – in fact, for plastering it would normally be left a least a day to improve before being used.

Hydraulic lime sets by hydration so it can set under water. There are three strength grades for natural hydraulic lime (NHL);

NHL2, a slow setting and softer material, perfect for internal applications or where conservation is a primary concern with soft or deteriorating stones and bricks

NHL3.5 ideal for general building, for moderately permeable masonry materials. Basically, if it’s not essential to use NHL 2 or NHL 5 then use this.

NHL5 sets faster and is stronger, more suitable for dense, durable or impermeable materials with severe exposure to weather or water.

The numbers stand for the minimum compressive strength at 28 days in newtons per square millimeter (N/mm2). For example, the NHL 3.5 strength ranges from 3.5 N/mm2 (510 psi) to 10 N/mm2 (1,450 psi). These are similar to the old classification of feebly hydraulic, moderately hydraulic and eminently hydraulic, some people continue to refer to them interchangeably.

Non-hydraulic lime or as it’s also known, fat lime putty is a white, putty like material with a fairly solid consistency. It sets by carbonatation, a chemical reaction in which calcium hydroxide reacts with carbon dioxide and forms insoluble calcium carbonate and so needs exposure to carbon dioxide in the air and cannot set under water or inside a thick wall. For natural hydraulic lime (NHL) mortars, the lime is obtained from limestone naturally containing a sufficient percentage of silica and/or alumina. Artificial hydraulic lime is produced by introducing specific types and quantities of additives to the source of lime during the burning process.  A pozzolan could be added, these are materials which enable lime mortars to set more rapidly. Non-hydraulic lime is produced from a high purity source of calcium carbonate such as chalk, limestone or even oyster shells. Hydrated lime is any lime other than quicklime, and can refer to either hydraulic (hardens under water) or non-hydraulic (does not harden under water).

Hopefully this has shed some light onto this ancient building material. Luckily you won’t have to rely on folklore for more information, just ask us!